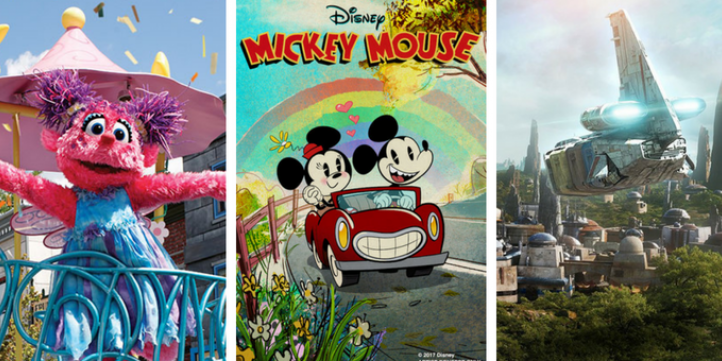 There’s a whole host of amazing new attractions opening in Orlando in 2019, from the huge Star Wars Land expansion to a new Harry Potter roller coaster and much more…

Planning a holiday to Orlando this year, here's a guide to the amazing new attractions coming to Orlando in 2019. Make sure you try them all... This one has to be at the top of our list because it’s by far one of the most eagerly anticipated new attractions for 2019. Star Wars: Galaxy’s Edge will be Disney's largest ever single-themed expansion, spanning over 14 acres! If you’re a Star Wars fan (who isn’t?) you’ll be in your element exploring the amazing planet, as you find yourself immersed in the Star Wars saga at Walt Disney World. The new Star Wars land will have 2 main attractions. Ever dreamed of flying the famous Millennium Falcon? Well, you’ll soon be able to, as the star attraction Millennium Falcon: Smugglers Run, lets you climb aboard and pilot this iconic spacecraft. The second attraction is called Star Wars: Rise of the Resistance and is just as exciting, as it puts you right in the middle of an epic battle between the Resistance and the First Order.

That’s not all though, there will also be restaurants where you can try Star Wars inspired food and drink (like Blue Milk!) as well as a marketplace where you can pick up unique objects and souvenirs.

When is it opening? Due to popular demand, Star Wars: Galaxy's Edge will open earlier than expected on 29th August 2019. This will be a phased opening with the full land expected to be open in the late autumn. Back in July last 2017, Universal revealed that an exciting new Harry Potter ride would be opening at Universal’s Islands of Adventure. Described as a “new generation of thrill ride” this is set to be a must-try when it opens later this year. Hagrid’s Magical Creatures Motorbike Adventure will be “one of the most highly-themed coaster experiences” Universal have ever created and it sounds incredible!

The adventure begins when you join one of Hagrid’s Care of Magical Creatures classes. Soon, it’s time to board his motorbike and it’s up to you to choose between the driving seat or the sidecar.

You’ll venture deep into the creepy Forbidden Forest, where you’ll come face to face with rare magical creatures like Centaurs, Cornish Pixies, Fluffy the three-headed dog and a mysterious creature that’s never been seen in the films.

Hold on tight as you’ll reach impressive speeds of 50mph on this action-packed coaster.

It might seem long overdue, but this year, Disney will open their first ever Mickey Mouse-themed ride-through attraction at Disney’s Hollywood Studios park. Guests will finally have the opportunity to experience a ride that’s inspired by the mouse that started it all, and we can’t wait to give it a go! Disney have already described the new attraction as a “zany out-of-control adventure” with plenty of twists and turns, dazzling visual effects and unbelievable transformations that happen right before your eyes. The ride will take you into the colourful world of a Mickey Mouse cartoon. You’re the star of the show and in this show, anything could happen! The attraction will feature a new story, new theme song and revolutionary new technology that Disney are calling “2 ½ D”. But what does that mean? Well, you won’t need to wear any special glasses, but the state-of-the-art technology will transform the cartoon you see before you into a “dimensional display of amazingness.”

Look out for Mickey Mouse, Minnie Mouse and Goofy along the way. We’re already predicting that this is going to become one of the park’s most popular rides, so if you're visiting this year make sure you check it out. A new record-breaking roller coaster is coming to Busch Gardens and if you’re a serious thrill-seeker, you’re going to love it. When Tigris opens later this year, it will become the tallest launch coaster in Florida! Riders will have to face a 150-foot skyward surge, exhilarating twists, daring drops and an inverted heartline roll all at speeds of more than 60mph! Experience an exciting triple launch on this incredible coaster inspired by the world's most powerful cat- the tiger.

If you're planning a visit to Busch Gardens, put this coaster at the top of your list. A brand new area inspired by Sesame Street is coming to SeaWorld Orlando. You’ll be able to walk down the world-famous street for the very first time and meet some of your favourite characters from the show. There will also be an immersive area with amazing rides and interactive experiences that will keep the whole family entertained. That’s not all though, SeaWorld are introducing their first ever daily parade. Elaborate floats will glide along Sesame Street with the likes of Elmo and his furry friends on board. Sesame Street Land is an area that both the kids and big kids will love! Children will enjoy meeting the playful Sesame Street characters while adults will get the chance to return to their childhood. Make sure you check it out for yourself. 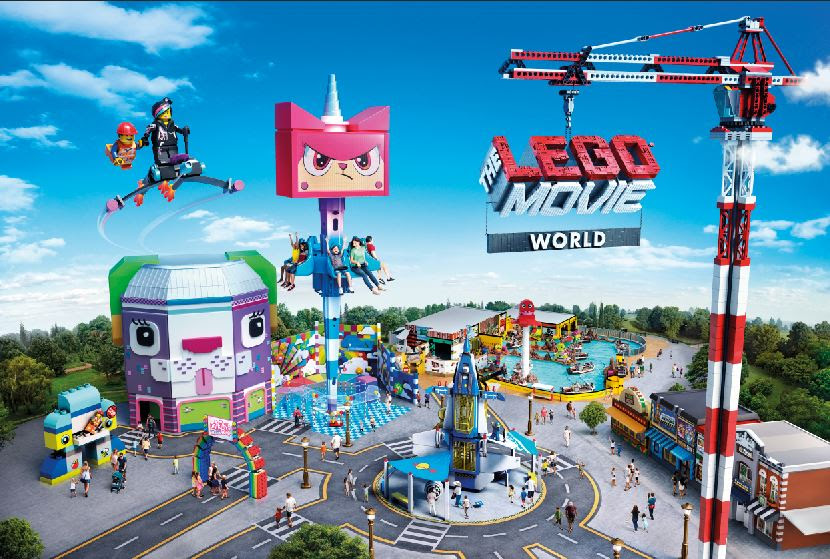 A new land inspired by the popular LEGO Movie is coming to LEGOLAND Florida. If you’re a fan of the movie, you’ll love exploring the colourful city of Bricksburg. The LEGO Movie World will be fully immersive, making you feel as though you’re really there. You’ll be able to meet some of your favourite characters, including Emmet who lives in Bricksburg and Sweet Mayhem- a brand new character from the sequel THE LEGO MOVIE 2: The Second Part, which is set to be released this year.

There will also be 3 new rides to enjoy. THE LEGO MOVIE Masters of Flight will let you climb onboard Emmet’s flying couch! You’ll be whisked away on an action-packed adventure alongside plenty of familiar faces. Unikitty’s Disco Drop takes you through a colourful rainbow portal into a brand new world. You’ll go right to the top of Cloud Cuckoo Land, then drop, spin and bounce back down to the bottom. The third ride will be called the Battle of Bricksburg. DUPLO® aliens have invaded Bricksburg and it’s down to you to stop them from stealing all of the LEGO bricks. Think you’ve got what it takes?

You’ll also be able to meet Emmet and the rest of his LEGO pals, and little ones will be kept entertained for hours in the new space-themed playground. This year, an action-packed new show called Lightning McQueen’s Racing Academy will launch at Disney’s Hollywood Studios Park. If you couldn’t tell from the name, this amazing new show will be inspired by the popular film series ‘Cars’. Disney have described it as a “high-octane first-of-its-kind” show that will put you right in the middle of the action.

Star of the show Lightning McQueen will be showing off all the skills he’s learned over the years. But, you’ll soon see that things don’t always go to plan. McQueen won’t be alone though, as he’s got the likes of Tow Mater, Cruz Ramirez and the rest of the Radiator Springs gang to help him out. A thrilling new water slide called KareKare Curl is set to open at Aquatica this year. There haven’t been too many details announced just yet, but Aquatica have revealed that the new attraction will offer riders a “high-adrenaline, weightless adventure”.

The addition of KareKare Curl will make Aquatica one of the most exciting water parks in Orlando. It will join the park’s newest attraction Ray Rush, which is another thrill ride that has already been voted the “best new water park ride”. Take a break from the heat and make a splash on these epic water slides during your Florida holiday. The Disney Skyliner is a new cable car service that is set to open at the Walt Disney World Resort in autumn 2019. This incredible transportation system will take guests around the resort, offering spectacular views of the Disney theme parks and hotels along the way.

You’ll travel in style in a unique gondola adorned with colourful artwork featuring your favourite Disney characters. The Disney Skyliner will transport guests from select Disney hotels to both Disney’s Hollywood Studios Park and Epcot. 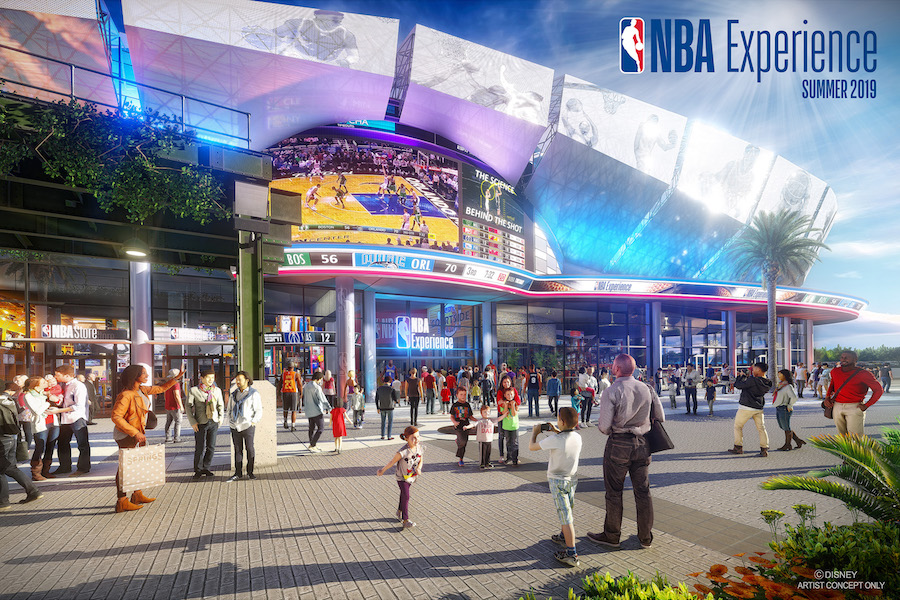 A brand new basketball-themed experience is coming to Disney Springs. The new attraction will be opening in summer 2019 and is set to be a must try for any basketball fan. Disney Imagineers have been working closely with the NBA to bring this immersive attraction to life and guests will be able to practise their basketball skills before putting them to the test in a series of fun-filled challenges. 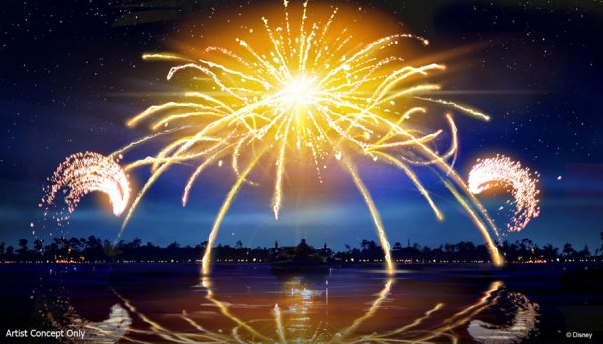 Epcot Forever will begin with a “spark of imagination” that grows into an epic display of fireworks, music, lighting, lasers and special effects kites! We can’t wait to see it.

Want to be one of the first to experience these amazing new attractions? Click here, to view our full range of Orlando attraction tickets and start planning your holiday now.

Find out all the latest news from Orlando in our BLOG